Federal Labor has been urged to come clean on its plan to introduce a $3,000 deduction cap for managing tax affairs, a week after it dumped plans to curb negative gearing and capital gains tax deductions.

The federal opposition first introduced the policy in 2017 after finding that 48 individuals earned more than $1 million but were able to reduce their taxable incomes below the tax-free threshold by claiming over $1 million in deductions for the cost of managing tax affairs.

Then-Labor leader Bill Shorten labelled the deduction a “rort” in the build-up to the 2019 federal election, arguing that the wealthy could afford to use accountants to access “tax loopholes”, and that the proposed $3,000 cap would save the budget $1.6 billion over a decade.

With Labor now formally axing its negative gearing, capital gains tax and franking credits policies, the accounting profession has called for the $3,000 deduction cap proposal to likewise be consigned to the scrap heap.

“Professional fees for the cost of managing one’s tax affairs is a legitimate deduction and not some ‘rort’,” said Tony Greco, the Institute of Public Accountants general manager of technical policy.

“Make no mistake, this policy was a direct attack on our profession as well as undermining one of the important rights in the taxpayers’ charter once adviser fees exceed $3,000.”

Mr Greco believes Labor was able to use “smoke and mirrors” to justify its policy position at a time when the cost of managing tax affairs deduction had included litigation costs and ATO interest charges, a point that ATO commissioner Chris Jordan was quick to draw attention to when queried on Labor’s figures two years ago.

The ATO’s latest taxation statistics for the 2018–19 financial year reveal that 5.9 million individuals claimed expenses incurred in managing their tax affairs, with an average deduction of $332, while the median was $176.

“Now that transparent data is available, the opposition needs to justify that there is a problem to solve in the first instance,” said Mr Greco. “The aggregation of the data prior to 2018 may have led to the distortion of the interpretation of the data.

“The premise that taxpayers pay an adviser exorbitant amount of money to reduce their taxable income below the tax-free threshold is laughable.

“Tax can be complex and while most individuals may never come close to being charged an amount of $3,000, there are many scenarios where professional advice is not an option under our self-assessment tax system where the onus is on the taxpayer in getting it right.

“Litigation against the ATO, divorce, starting or selling a business, deceased estates, complex affairs associated with investments or business are just a few examples where professional advice is needed to deal with many events which give rise to tax complexity.

“Limiting a deduction for litigation against the ATO is akin to entering a boxing ring with one arm behind your back against a well-funded opponent.”

Chartered Accountants Australia and New Zealand tax leader Michael Croker, who said Labor had reached the “bottom of the political barrel” in 2019, remains a strong critic of the policy and has continued to make representations to shadow treasurer Jim Chalmers.

“At a time when accountants have proved essential to the effective rollout of COVID-19 relief, the arguments against a cap are stronger than ever,” said Mr Croker.

He also believes Labor will need to be up front about their tax policies, including a plan to introduce a minimum 30 per cent tax rate for discretionary trust distributions to adult beneficiaries.

“What’s interesting is that Labor has only disavowed tax policies which resonate strongly with voters,” said Mr Croker. “But small business and the rural sector will want to know if Labor will stick to its proposed 30 per cent minimum tax on discretionary trust distributions.

“There are a raft of big business tax changes which Labor promised to implement back in 2019 as well.

“With a $1 trillion plus federal budget repair bill the ‘elephant on the hustings’, voters will want the major parties to talk straight about their tax reform plans. They can’t just accuse each other of having a hidden tax agenda.”

Shadow treasurer Jim Chalmers did not respond to requests for comment. 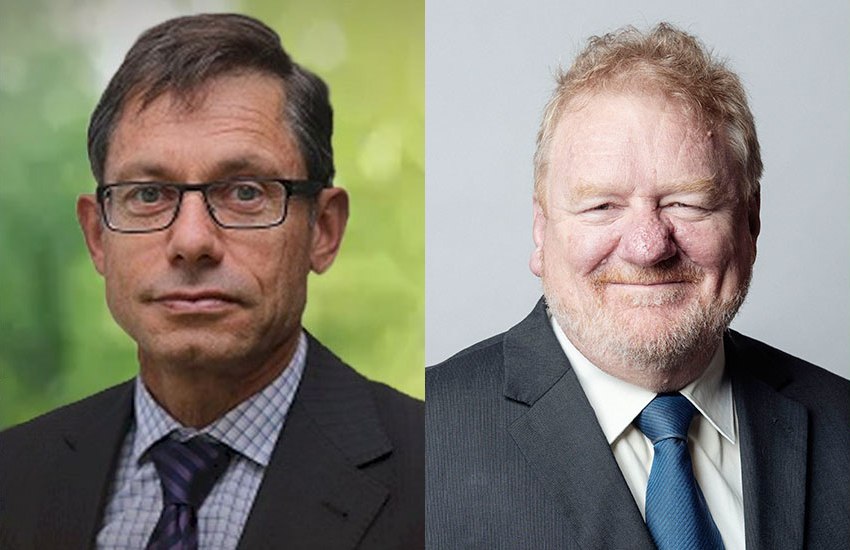 Jotham Lian is the editor of Accountants Daily, the leading source of breaking news, analysis and insight for Australian accounting professionals.

Before joining the team in 2017, Jotham wrote for a range of national mastheads including the Sydney Morning Herald, and Channel NewsAsia.

You can email Jotham at: This email address is being protected from spambots. You need JavaScript enabled to view it.

Jotham Lian is the editor of Accountants Daily, the leading source of breaking news, analysis and insight for Australian accounting professionals.

Before joining the team in 2017, Jotham wrote for a range of national mastheads including the Sydney Morning Herald, and Channel NewsAsia.

You can email Jotham at: This email address is being protected from spambots. You need JavaScript enabled to view it.