The recent ruling on non-arm’s length income (NALI) in super funds by the ATO will have far-reaching consequences for the superannuation sector, according to industry experts.

First issued as a draft in September 2019, the finalised Law Companion Ruling 2021/2 issued on Wednesday, which clarifies the ATO's interpretation of amendments to NALI rules relating to non-arm’s length expenditure (NALE).

The Institute of Public Accountants, The Tax Institute and Chartered Accountants Australia and New Zealand have now joined together to call for the ruling to be narrowed to the law’s original intent.

“At the same time as the whole super sector has been helping Australians navigate their retirement like never before, they’ve been waiting with bated breath for the finalisation of this ruling which seems to demand perfection,” said the joint bodies.

“The ruling forces all super funds to carefully consider if all losses, outgoings and expenditures have occurred on arm’s length terms.

“It is concerning that if finance teams, accountants or advisers get any transaction wrong in any super fund including APRA regulated funds, that fund could pay the highest marginal tax rate at 45 per cent on all its income including realised capital gains.

“There are mammoth consequences for minor errors which means that solutions need to be worked through very carefully, requiring considerable time and expertise. Because of this potential outcome all super funds need more certainty about how they go about their business.”

The joint bodies note that the LCR 2021/2 ruling applies to a much broader range of circumstances and has much greater impact than what the super industry had understood the original government announcement was targeted at.

“The ruling which has opted to show the broad application of these non-arm’s length rules even to relatively benign situations and the ATO has clearly indicated that it intends to apply a broad interpretation to these rules.

“The ATO has provided multiple opportunities for professional bodies and the industry to comment on these rulings throughout its development and we look forward to continuing this collaboration with the ATO to investigate how this ruling will apply in practice.

“We will also work with the government to request that these rules be narrowed so that benign or minor expenses cannot create such a disproportionate outcome to a super funds’ tax affairs and in turn severely deplete retirement of Australians.”

With the confirmation of the ruling, DBA Lawyers director Daniel Butler said the ATO has taken a pro-revenue construction of legislation that results in numerous far-reaching and severe consequences.

“This was not expected by many in the SMSF industry and has caused great concern in the SMSF sector that the ATO may seek to assess many mum and dad SMSFs doing typical dealings.

“Numerous professional bodies submitted that a general expense such as a lower accounting fee has little, if any, nexus to income derived; any connection at best could be described as tenuous and remote.

“The good news is that the ATO will not dedicate its compliance resources if there are reasonable attempts to benchmark an arm’s length service fee being charged.”

Mr Butler said it would remain to be seen how the courts would react to the ruling if such matters proceed to litigation.

“What view would a court cast on say a $100 discount resulting in a 45 per cent tax on an average mum and dad SMSF of $1.3 million with a diversified investment portfolio on the basis that the ATO argue that a $100 discount on an accounting fee has a sufficient connection to every share, managed fund, deposit, interest in real property (direct and indirect) and the fund’s other investments, etc,” Mr Butler explained.

“One would hope that a judge would see the absurd and severe consequences that can result from this construction and construe the NALE provisions in a balanced manner. The rules of statutory construction where tax is being levied must be clear and should be construed accordingly where absurd and unintended consequences arise. That is not to say the ATO are not without an argument, but is it the preferred construction that would hold sway in a court of law?

“Importantly, the ATO is not a law maker and the ruling is light on in relation to providing appropriate reason or authority to support the ATO’s views.

"Despite the ruling not being the law, given taxpayers wear the onus of proof, the ATO view generally prevails as not many taxpayers are prepared to ventilate technical points of law with the ATO that has vast resources at its disposal.”

There is also the risk that some ATO officers may seek to apply NALI inappropriately and give rise to substantial costs to defend unfounded NALI claims, according to Mr Butler.

“There is no formal early engagement and voluntary disclosure for NALI as there is for contraventions of the Superannuation Industry (Supervision) Act 1993 (Cth),” Mr Butler continued.

“Such a system is needed as SMSFs are often afraid to approach the ATO given its recent stance on NALI matters. The ATO should encourage funds to come forward and due to reduced penalties and more flexible approach for engaging with the ATO.”

While the ATO has sought to clarify certain points such as whether a person is acting as in an SMSF trustee/director capacity or in their own individual capacity, the ruling has come as a disappointment to many in the superannuation industry.

Heffron managing director Meg Heffron said whilst the ATO has consulted widely, “it has ended up in a place that won’t please a lot of us on every front.”

Ms Heffron noted that the ruling explicitly distinguishes between this type of “once-off NALE” and a similar problem where the expense relates to the purchase of an asset.

“Unfortunately, there is a permanent problem for NALE under these circumstances. The ruling even provides an explicit example where an LRBA is entered into on non-arm’s length terms. Even refinancing and moving to arm’s length terms doesn’t help – all income and capital gains, now and forever, will be NALI,” Ms Heffron said.

“That’s rough. It means there is actually no solution for LRBAs that aren’t set up on a solid market basis.”

Ms Heffron noted that whilst the ATO had softened its original stance on the application of NALI to professionals such as accountants doing work for their own SMSFs using company equipment, there were still plenty of questions to answer in regard to this subject.

“The importance of relying on a licence or insurance – it would seem that (for example) it’s fine for a qualified accountant to do their SMSF’s bookwork on their work computer and using their expertise gained via their work. But if they also lodged their tax return under their firm’s corporate tax agency, that is likely to create a problem,” Ms Heffron said.

“A similar issue would appear to arise for financial advisers. An example provided in the ruling (Example 7, Levi) makes it clear that it’s fine for Levi to place investments for his SMSF (even using his work computer). But we’re unclear as to how far that stretches. If Levi’s SMSF is invested via the same platform as all Levi’s other clients, can he manage it under the same dealer code?

“And finally, the ruling does acknowledge the commercial reality of things like staff discounts. It provides examples about situations where (say) accounting fees for work on SMSFs of the staff who work at the firm can be discounted without automatically creating NALE.

“A key feature of the examples provided, however, is that the trustee/member is not in a position to influence the discount. How far does this go? Could we be in the bizarre situation where I can offer all Heffron staff a discount on their SMSF work but can’t receive one myself because I can influence the decision? It’s not clear.” 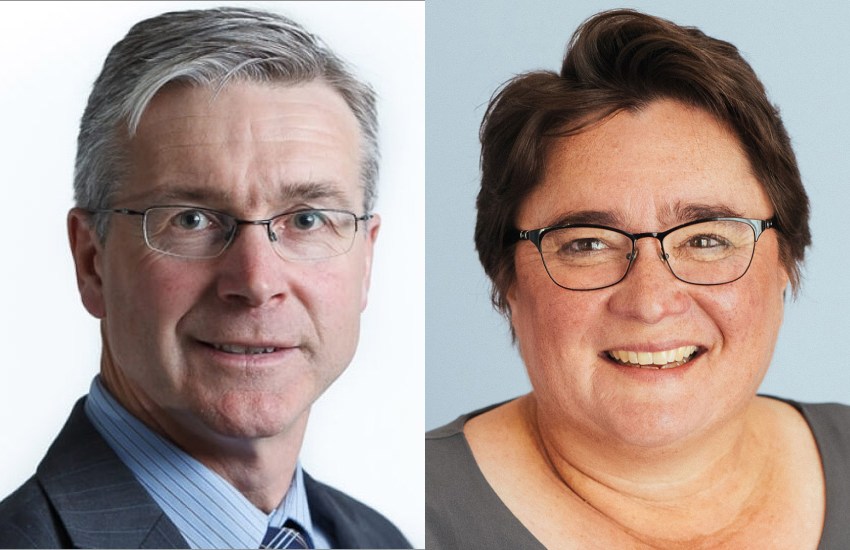